Many ski experts believe that the Rocky Mountains of Colorado have recently become even more popular than the famous European resorts. The level of development of winter sports in the United States is indicated by the fact that the country hosted the Winter Olympic Games four times – the record that hasn’t yet been beaten. However, Colorado is something special even for the United States.

The resorts of the mountain state can boast of 300 sunny days a year. Nevertheless, the height of the snow cover reaches 8 meters, and the snow in Colorado is very dry and not sticky. Another feature of the local ski tracks is that most of them are situated at an altitude of 2100-3500 meters, while the forest boundary occupies an altitude of 3300-3600 meters. Therefore, picturesque landscapes, beautiful snow and natural shelter from the cold wind are guaranteed. Well, let’s consider the best 3 ski resorts in Colorado…

Aspen is considered to be the most prestigious ski resort in the United States – it consists of four isolated skiing areas. The Buttermilk and Snowmass ski areas include ski trails for beginners and intermediate-level skiers. By the way, Snowmass features the largest height difference in the Rocky Mountains, which is 1,343 meters. Other skiing areas are Aspen Highlands and Aspen Mountain – these trails are excellent for experienced skiers and professionals. 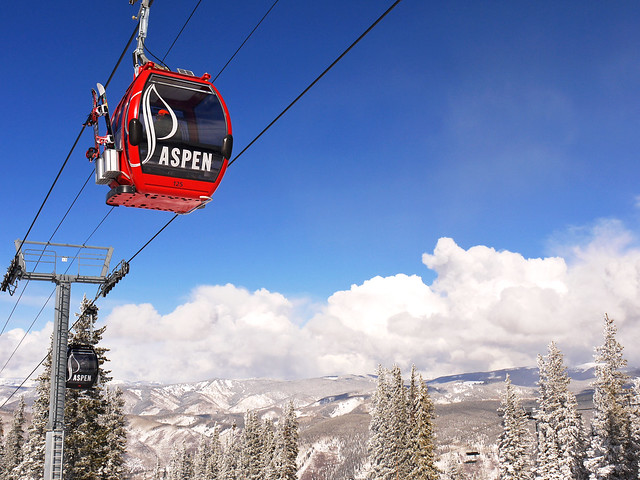 The spirit of history and modernity were mixed in Aspen. In addition to the developed skiing segment, winter sports and outdoor activities, you will be offered excellent shopping, art galleries, fitness centers and SPA salons, nightclubs and restaurants for any taste. The city provides a special charm with a light touch of the Victorian era, which is complemented by the amazingly beautiful landscapes of the surrounding area.

The nearest large transport hub to Aspen is Denver International Airport located about 180 miles away. Thus, you will not have any hassles with getting to Aspen from there, because many car rental agencies at Denver Airport offer car hire. Of course, it’s the quickest and the most convenient way of traveling to ski resorts of Colorado.

The neighboring Vail Valley is one of the top five ski resorts in the world and includes four nearby towns: Vail, Beaver Creek, Breckenridge and Keystone. Vail Resort is the largest ski resort in the US occupying the area of ​​more than five thousand acres. Despite its bohemianism and pretentiousness, it’s at the same time considered to be one of the most democratic resorts in terms of pricing policy. Founded in 1962, with a central part built in Tyrolean style, today Vail is a huge complex, which is capable to accommodate over 32,000 people at once. Speaking of nearby facilities, you’ll be offered more than a hundred restaurants of the most diverse cuisine, over two hundred shops and boutiques where you can buy everything from ethnic Indian souvenirs to clothing of world-famous brands. 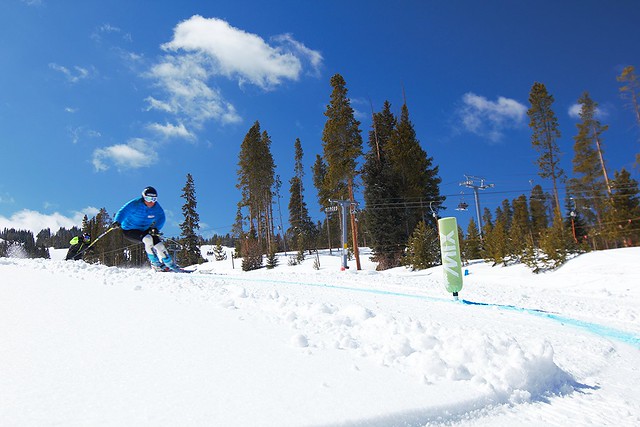 Also, there’s a well-developed leisure and entertainment industry presented with museums, art galleries, and SPA-centers. In addition to skiing tracks of different levels of complexity – from tracks for children to professional ski slopes, and a wide variety of winter sports, you can enjoy hiking in snowshoes or dog sledging in Vail, as well as snowmobiling, horse riding, and even ballooning.

Beaver Creek is a luxurious ski resort, built in the spirit of an alpine village. Initially created for the 1967 Winter Olympics, it was not chosen by the International Olympic Committee, but it became an excellent relaxing place both for the fans of skiing and for those who prefer a more peaceful winter pastime.

Today, Beaver Creek features a well-developed infrastructure, which is not inferior to Vail resort. All ski trails – from training slopes for beginners to 13 super-complicated Talons Challenger’s trails for professionals, begin literally at the doorstep of hotels, and are considered to be one of the best in North America. Children can be trained in mountain skiing and snowboarding in a specially equipped area at the foot of the mountain peak. There’s an amusement park with an Indian village and a bear’s dolphin. The highlight of Beaver Creek is Birds of Prey – a ski slope that is included in the top three most difficult routes in the world. Thanks to the early start of the season in the Rockies, many famous sportsmen often come here to train. 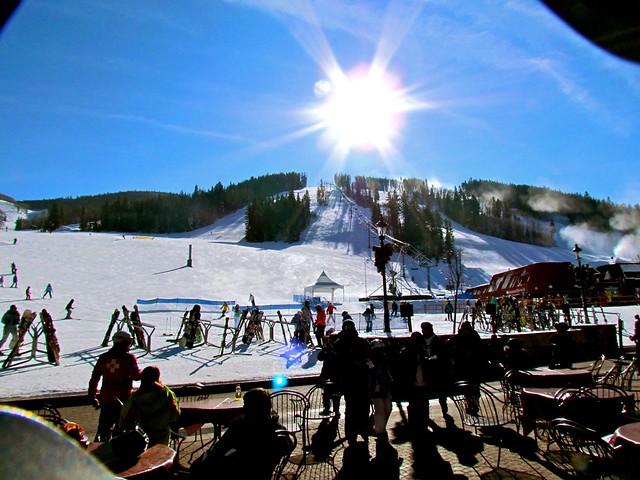 So, if you are looking for a road to a fairy tale in terms of skiing, then it lies across the Rocky Mountains of Colorado. The skiing season starts at the end of November and lasts until mid-April. The average temperature of the winter months is -5°C, and March-April is 0°C. In fact, there is no ‘low season’ in Colorado. Snow falls in October and lies until May, therefore the opening of the skiing season takes place in such a way as to provide visitors with the most comfortable conditions for skiing.